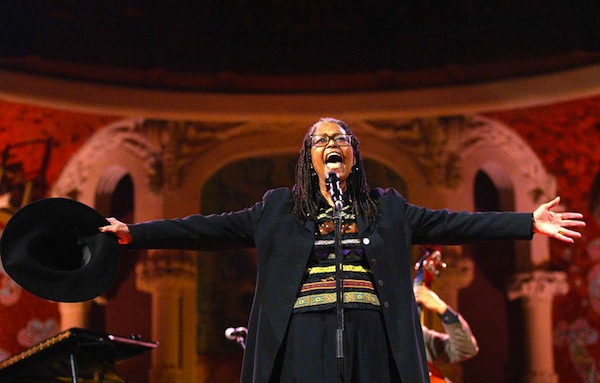 American jazz singer and civil rights activist. Born in Aug 6, 1930 in Chicago, IL and died in New York, Aug 14, 2010, at the age of 80. She passed away in a nursing home in Manhattan. No cause of death was given, but she had been in failing health since open-heart surgery in 2007. In a career that spanned six decades, the Chicago-born singer recorded more than 20 albums, wrote her own songs, acted in several films and television shows and was a pioneering voice in the civil rights movement.

This Christmas on Jazz For Joy: A Verve Christmas Album by Various Artists

Lucky To Be Me on Over The Years by Abbey Lincoln

Christmas Cheer on Jazz For Joy: A Verve Christmas Album by Various Artists

Afro Blue - Remastered on Abbey Is Blue by Abbey Lincoln

Mr. Tambourine Man on Who Used To Dance by Abbey Lincoln

Softly, As In A Morning Sunrise - Remastered on Abbey Is Blue by Abbey Lincoln