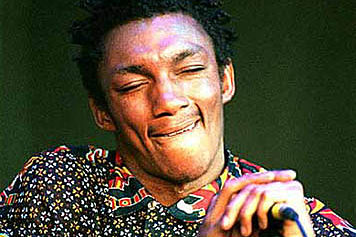 Adrian Nicholas Matthews Thaws (born 27 January 1968), better known by his stage name Tricky, is an English record producer, vocalist, director, actor, and musician. He began his career as an early collaborator of Massive Attack before embarking on a solo career with his debut album, Maxinquaye, in 1995. The release won Tricky popular acclaim and marked the beginning of a lengthy collaborative partnership with vocalist Martina Topley-Bird. He released four more studio albums before the end of the decade, including Pre-Millennium Tension and the pseudonymous Nearly God, both in 1996. He has gone on to release six studio albums since 2000, most recently the self-titled Adrian Thaws (2014).