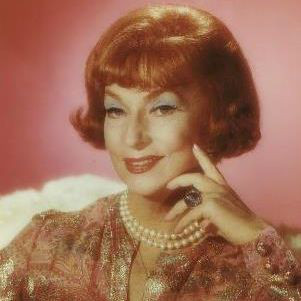 Agnes Robertson Moorehead (December 6, 1900 – April 30, 1974) was an American actress whose career of six decades included work in radio, stage, film, and television. She is chiefly known for her role as Endora on the television series Bewitched. She was also notable for her film roles in Citizen Kane, The Magnificent Ambersons, All That Heaven Allows, Show Boat and Hush… Hush, Sweet Charlotte.

I Can Talk on Charlotte's Web by Various Artists

A Veritable Smorgasbord on Charlotte's Web by Various Artists

The Contract on Gigi by Original Broadway Cast of Gigi