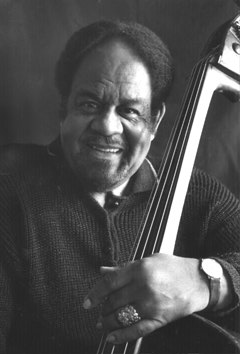 Al McKibbon (January 1, 1919 – July 29, 2005) was an American jazz double bassist, known for his work in bop, hard bop, and Latin jazz.In 1947, after working with Lucky Millinder, Tab Smith, J. C. Heard, and Coleman Hawkins, he replaced Ray Brown in Dizzy Gillespie's band, in which he played until 1950. In the 1950s he recorded with the Miles Davis nonet, Earl Hines, Count Basie, Johnny Hodges, Thelonious Monk, George Shearing, Cal Tjader, Herbie Nichols and Hawkins. McKibbon was credited with interesting Tjader in Latin music while he played in Shearing's group.