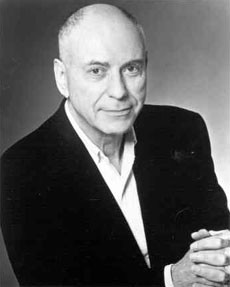 Born: March 26, 1934, Brooklyn, New York Actor, Film Director, Musician With two friends (Erik Darling and Bob Carey), he formed the folk music group The Tarriers, in which Arkin sang and played guitar. The band members co-composed the group's 1956 hit "The Banana Boat Song", a reworking, with some new lyrics, of a traditional, same-name Jamaican calypso folk song combined with another titled "Hill and Gully Rider". It reached #4 on the Billboard magazine chart the same year as Harry Belafonte's better-known hit version. From 1958 to 1968, Arkin performed and recorded with the children's folk group, The Baby Sitters.

The Return of Captain Invincible: Evil Midnight on Forsaken Themes From Fantastic Films, Vol. 1: Tears In Rain by Various Artists

The Return of Captain Invincible: Amazing How They're Alike on Forsaken Themes From Fantastic Films, Vol. 1: Tears In Rain by Various Artists

The Return of Captain Invincible: Into the Blue on Forsaken Themes From Fantastic Films, Vol. 1: Tears In Rain by Various Artists

The Return of Captain Invincible: The World I Knew on Forsaken Themes From Fantastic Films, Vol. 1: Tears In Rain by Various Artists