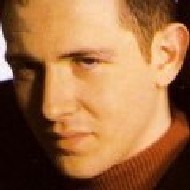 key, *1961 GB, Manchester
Musician / Composer of Electronic and Pop
A.k.a. Sons Of Samacand Sons Of Samarkand

Andrew John "Andy" Connell (born 26 July 1961) is an English musician and composer. Along with Corinne Drewery, he is part of the duo that makes up Swing Out Sister.Born in Manchester, England, Connell played in the Manchester post-punk band The Immediates, before joining new wave funk pioneers, A Certain Ratio. He was also a member of the Manchester based jazz/pop band Kalima who were signed to Factory Records, whilst he was also a member of A Certain Ratio. A few years later he teamed up with former Magazine drummer Martin Jackson and Greg Wilson (DJ), and they released an inventive electronic album called UK Electro in 1984.