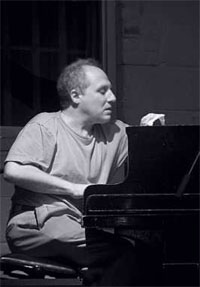 Anthony Coleman (born August 30, 1955) is an American musician. Coleman is a piano and keyboard (piano, organ, sampler, harmonium) player, trombonist and vocalist mainly working within the free improvised and avant-garde jazz scenes in downtown New York during the late 1970s through to the present day.During the 1980s and 1990s he worked with rising avant-garde star John Zorn on such seminal works as Cobra, Kristallnacht, The Big Gundown, Archery and Spillane and helped push forward modern Jewish music into the 21st century.

Acid Jazz Burnout on A Confederacy of Dances Vol. 1 by Various Artists

With Cunning on Arcades by Anthony Coleman & Brian Chase