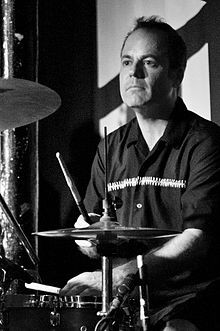 Ara Babajian (born July 9, 1972) is an American drummer who has been a member of such bands as Leftöver Crack and The Slackers. Ara is of Armenian descent, and is named after Ara, an Armenian king.Together with Dunia Best, Jay Nugent and Alec Baillie he started the third wave ska band Agent 99 in the early nineties. In 1998 they released the compilation album Little Pieces 1993-1995.Ara Babajian has played in a number of other bands, including King Django, Ruder Than You, The Trick Babys, Skandalous All Stars (a ska supergroup featuring several members of the Slackers), and Sic & Mad.