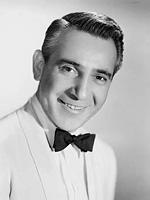 Arthur Altman (1910, Brooklyn – January 18, 1994, Lake Worth, Florida) was an American songwriter whose credits include "All or Nothing at All", with lyrics by Jack Lawrence, and the lyrics for "All Alone Am I", "I Will Follow Him", and "Truly, Truly True".Altman studied violin and began his professional career as a violinist with the CBS Radio Orchestra. His first nationally known song was "Play Fiddle Play", which he wrote in the early 1930s for the orchestra leader Emory Deutsch.He died of a heart ailment.