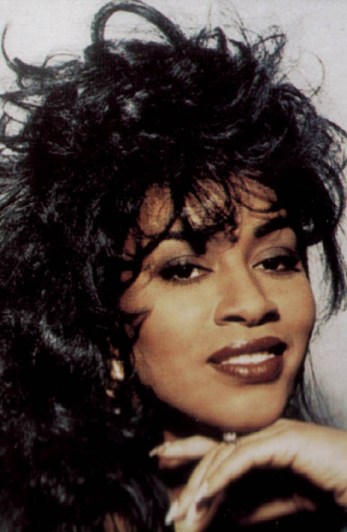 bvoc, voc, US
Singer of R&B/Soul and Electronic

Audrey Wheeler is a top New York-based session singer. She sang in the local choir and was a finalist in the Miss Black America Pageant as well as a runner-up in the Miss Black Universe contest while still in her teens. Her recording career began in the early 1980's when Bert Reid, Ray Rock and William Anderson, former members of 1970's disco band Crown Heights Affair were looking for a female singer for a new group they were forming. She has recorded backing vocals for numerous artists through the 1980's including Najee, Atlantic Starr, Eric Gable, Freddie Jackson, Glenn Jones, James "D-Train" Williams and many more. Between 1981-3 she sang as lead vocalist with Unlimited Touch ('Seaching To Find The One'), and in 1985 was the featured vocalist on 'Step By Step' by Jeff Lorber. In 1987 she signed to Capitol Records and released 'Let It Be Me', including 'Irresistible' produced by Preston Glass. During the early nineties she recorded the duet 'This Must Be Heaven' with Omar Chandler on his self titled set from 1991. In 1991, Chic member Nile Rodgers formed a new, BMG-distributed label, Ear Candy, and was looking for acts. Audrey, who by now had established a good reputation as a studio vocalist, was signed to a deal and her 'I'm Yours Tonight' album was released that year. When Ear Candy went out of business not too long after the release of her album, Audrey returned to concert and session work.