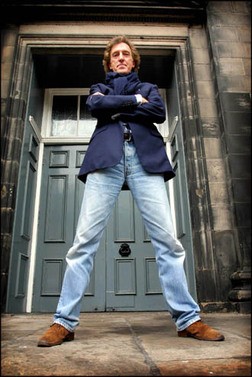 Brian Alexander "B. A." Robertson (born 12 September 1948) is a Scottish musician, actor, composer and songwriter. He had a string of hits in the late 1970s and early 1980s, characterised by catchy pop tunes and jaunty, humorous lyrics, most notably "Bang Bang", a tongue-in-cheek commentary on famous historical and fictional couples. He also wrote with Mike Rutherford the Grammy-nominated and Ivor Novello Award-winning "The Living Years". It was a number one hit in the USA, Canada, Australia and Ireland and reached #2 in his native UK. He has also written music for films and been a television presenter.