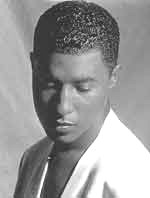 Wonderful Tonight on Playlist by Babyface

How Come, How Long on The Day by Babyface

This Is for the Lover In You (feat. LL Cool J, Howard Hewett, Jody Watley & Jeffrey Daniels) on The Day by Babyface

Never Keeping Secrets on For The Cool In You by Babyface

I Care About You on Babyface Unplugged NYC 1997 by Babyface