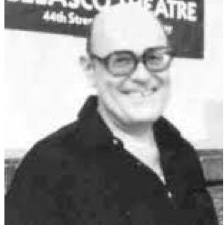 Trumpeter, born 6 February 1926 in New York, died 8 May 1982 in Manhassat, New York. During the 1940's he was successively a member of the orchestras of Richard Himber, Xavier Cugat, Raymond Scott, Artie Shaw, Boyd Raeburn and Woody Herman. Has done a lot of session work later in his career, and was a member of the NBC and CBS studio orchestras.