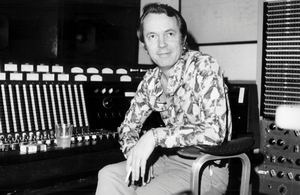 Billy Norris Sherrill (November 5, 1936 – August 4, 2015) was an American record producer, songwriter and arranger, who is most famous for his association with country artists, notably Tammy Wynette and George Jones. Sherrill and business partner Glenn Sutton are regarded as the defining influences of the countrypolitan sound, a smooth amalgamation of pop and country music that was popular during the late 1960s and throughout the 1970s. Sherrill also co-wrote many hit songs, including "Stand by Your Man" (written with Tammy Wynette) and "The Most Beautiful Girl" (written with Rory Bourke and Norro Wilson).