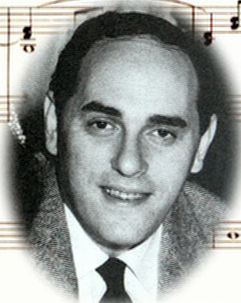 American lyricist. Born: 28 January 1918 in NYC, New York, USA. Died: 1 February 1971 in Hollywood, Los Angeles, California, USA (aged 53). Started work as a Tin Pan Alley, then Broadway, lyricist. He wrote many popular tracks for artists. Also worked on some Hollywood movies too, where he is probably most celebrated as the lyricist for the film score to the animated "Walt Disney's Alice In Wonderland" (1951), with music by Sammy Fain. Posthumously inducted into the Songwriters Hall Of Fame in 1983. Married to composer Jacqueline Hilliard (née Jacqueline Dalya).

Beyond the Laughing Sky on The Lost Chords: Peter Pan by Various Artists