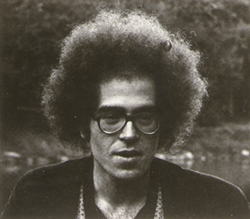 Ra-Kalam Bob Moses (born January 28, 1948) is an American jazz drummer born in New York City.Moses played with Roland Kirk in 1964–65 while he was still a teenager. In 1966 he and Larry Coryell formed The Free Spirits, a jazz fusion ensemble, and from 1967 to 1969 he played in Gary Burton's quartet. He also recorded with Burton in the 1970s, in addition to work with Dave Liebman/Open Sky, Pat Metheny, Mike Gibbs, Hal Galper, Gil Goldstein, Steve Swallow, Steve Kuhn/Sheila Jordan (from 1979 to 1982), George Gruntz, and Emily Remler (from 1983 to 1984). In the early 1970s he was a member of Compost with Harold Vick, Jumma Santos, Jack Gregg and Jack DeJohnette.

Tearing Me Up on Days Gone By by Bob Moses

Afterglow on Old Love / The Silence in Between by Bob Moses

Never Ending on The Silence in Between by Bob Moses

Love Brand New on The Silence in Between by Bob Moses

Desire on Desire by Bob Moses