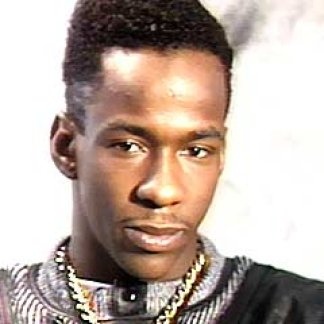 Robert "Bobby" Brown (born February 5, 1969) is an American R&B singer, songwriter, dancer and actor. Brown started his career as one of the frontmen of the R&B and pop group New Edition, from its inception in 1978 until his forced exit from the group in 1985 following a period of misbehavior and rebellious behavior on his part. Starting a solo career, he became a hit success with his second album in 1988, Don't Be Cruel, which spawned a number of hit singles including the self-penned "My Prerogative", which became his signature hit. Brown had a string of top ten hits on various Billboard charts between 1986 and 1993. Brown is noted as a pioneer of new jack swing, a fusion of R&B.

Every Little Step on Don't Be Cruel by Bobby Brown

My Prerogative on Don't Be Cruel by Bobby Brown

Roni on Don't Be Cruel by Bobby Brown

Rock Wit'cha on Don't Be Cruel by Bobby Brown

Humpin' Around on Bobby by Bobby Brown