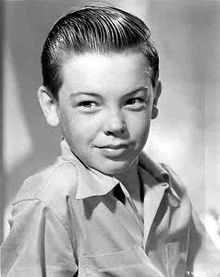 Robert Cletus "Bobby" Driscoll (March 3, 1937 – March 30, 1968) was an American child actor known for a large body of cinema and TV performances from 1943 to 1960. He starred in some of the Walt Disney Studios' most popular live-action pictures of that period, such as Song of the South (1946), So Dear to My Heart (1948), and Treasure Island (1950). He served as animation model and provided the voice for the title role in Peter Pan (1953). In 1950, he received an Academy Juvenile Award for outstanding performance in feature films.

Following the Leader - From "Peter Pan"/Soundtrack Version on Songs and Story: Peter Pan by Various Artists