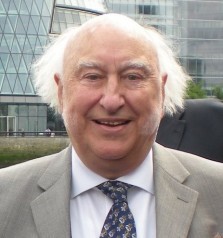 Brian William Couzens (17 January 1933 - 17 April 2015) was a British music industry executive, recording engineer, and producer. He founded Chandos Records in 1979.Born in Southend-on-Sea, Couzens was the son of Vera and William Couzens. His father worked for the Ford Motor Company in engine research, and his grandfather was a department store owner. He taught himself the trombone as a youth, performed in dance bands, and did his national service in the Royal Air Force band.