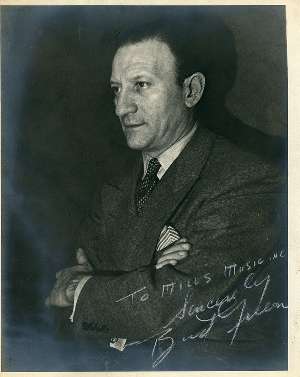 Bud Green (19 November 1897 – 2 January 1981) was an American songwriter. Bud Green (Buddy) grew up in Harlem at 108th & Madison Avenue at the turn of the 20th century, the eldest of seven. He dropped out of elementary school to sell newspapers and help the family. While selling papers, he decided to become a songwriter and started keeping a notebook of poems and rhymes that he thought would be useful someday. He was the brother of writer Hannah Russell (1913 – 2002) (Song About the Sky, who also wrote scores for children's film in London in the late 1950s; see Who's Who in American Women). He was also the brother-in-law of the great lyricist Bob Russell (1914 – 1970), who wrote "Brazil", "Frenesi", "Don't Get Around Much Anymore", "He Ain't Heavy, He's My Brother" and many other songs. Gr