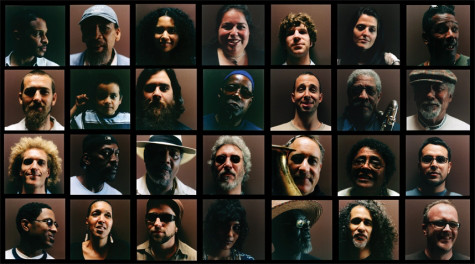 Build An Ark is a Los Angeles based creative music ensemble that was formed as an immediate peace action. During the hysteria after the events of 9/11/2001 the band came together to promote calm and peace in the world. The band is lead by producer Carlos Niño and vocalist Dwight Trible and includes members such as (Tribe Records founder) Phil Ranelin, (Pan Afrikan People's Arkestra elder) Nate Morgan, Adam Rudolph, (co-founder of the Pharoahs) Derf Reklaw, Alan Lightner, Lesa Terry, Joshua Spiegelman, Peter Harris, Trevor Ware, Baba Alade, Andres Renteria, Tracey Hart, Gaby Hernandez amongst others.

Precious, Priceless on Peace With Every Step by Build An Ark

Love, Sweet Like Sugar Cane on Dawn by Build An Ark