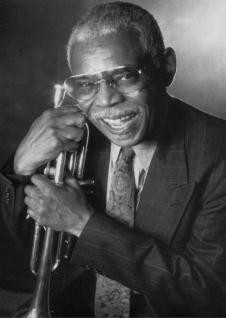 An inventive and creative trumpeter, bandleader, and composer/arranger, Calvin Owens spent many years as musical director with B.B. King's various touring bands. But beginning in the late '90s, he led his own bands and recorded under his own name. After he graduated from Wheatley High School and after several years of playing in Houston's then-lively blues club scene, Owens joined guitarist and bandleader B.B. King on his tour bus in 1953. He stayed on the road with King's orchestra for four years. In 1978, Owens rejoined King's band and stayed on the road, 200 nights a year, until 1984. Aside from working with King, at various times throughout his long career Owens played trumpet with T-Bone Walker, Amos Milburn, Big Joe Turner, Junior Parker, Johnny "Clyde" Copeland, and Otis Clay. He also worked with a long line of virtuoso blues-based jazz musicians from Texas, including saxophonists Arnett Cobb and David "Fathead" Newman. Despite being diagnosed with liver cancer in the mid '2000's, Owens continued to perform and record appearing with saxophonist Evelyn Rubio on her album La Mujer que Canta Blues and releasing his own disc Houston is the Place To Be in 2007. Ultimately, Owens passed away at age 78 from kidney failure in Houston on February 21, 2008. (Exerts taken from Artist Biography written by Richard Skelly)

Lick or Split on Another Concept by Calvin Owens

On My Feet Again on That's your Booty by Calvin Owens

The Christmas Song on The House Is Burnin' by Calvin Owens

Vincent Van Gogh on Another Concept by Calvin Owens