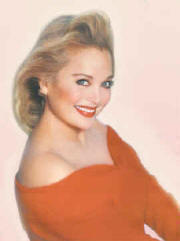 American singer-songwriter born on November 13, 1940 in New Brunswick, New Jersey. Lead singer of the pop vocal trio known as The Teddy Bears, which also included Phil Spector. The Teddy Bears' only major hit, "To Know Him Is To Love Him,".The trio disbanded because of the failure of their follow-up singles and the fact that Spector preferred working behind the scenes to performing. Some years later she legally changed her name to Carol Connors. She co-wrote (with Ayn Robbins and Bill Conti) "Gonna Fly Now", the theme song from the film Rocky, which earned her an Academy Award nomination. Other songwriting credits include the Rip Chords' 1964 hit "Hey Little Cobra", the 1980 hit Billy Preston/Syreeta Wright duet "With You I'm Born Again," and "Madonna in the Mirror", the finale song to A&E's 15 Films About Madonna.