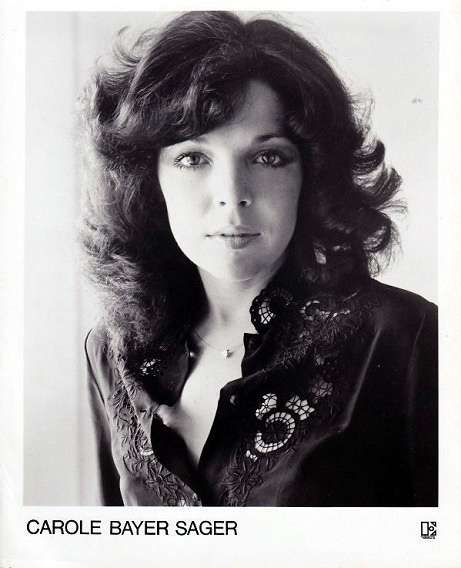 For writing credits with her maiden name, please use Carole Bayer. Use Carole Bayer Bacharach when shown as such. American lyricist, songwriter, singer, painter and author, born Carole Bayer on March 8, 1947 in Manhattan, New York City, New York, USA. Married to Andrew L. Sager in 1970, divorced in 1978. Married to Burt Bacharach on April 3, 1982, divorced in 1991. Many of Sager's early songs were co-written with her second husband, composer Burt Bacharach. She has also collaborated with Michael Jackson, Neil Diamond, Marvin Hamlisch, Michael Masser, Peter Allen, Sheena Easton, Bruce Roberts, Neil Sedaka, David Foster, Albert Hammond, Quincy Jones, Michael McDonald, James Ingram, Donald Fagen, Babyface and Clint Eastwood (2) (for the film True Crime). Sager won the Academy Award for Best Song in 1981 for "Arthur's Theme (Best That You Can Do)", the theme song from the film Arthur. She shared the award with co-writers Peter Allen, Burt Bacharach, and Christopher Cross. She received the Grammy Award for Song of the Year in 1987 for "That's What Friends Are For", which she co-wrote with Bacharach. She was inducted into the Songwriters Hall of Fame in 1987.

It's the Falling in Love on ...Too by Carole Bayer Sager

The Prayer on Inspirational Songs Vol 1 by Classical Study Music