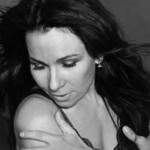 Peruvian-born singer/performer, dubbed the "Latin Tina Turner." Originally from Lima, Peru, her career began at the age of eight with a starring role in a Peruvian television show called "El Tío Johnny". As a teenager she was sent to Argentina and Germany to take voice, violin, and piano lessons before relocating to New York City and briefly performed as a dancer with Jo Jo’s Dance Factory and Menudo. Noël moved to Los Angeles in 1989, and in the early 1990's she formed Cecilia Noël And The Wild Clams. Cecilia often records and performs with her husband, Colin Hay (ex-frontman of Men At Work).