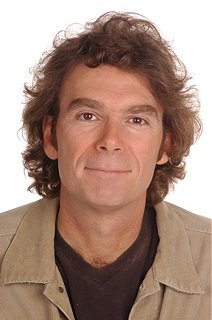 dr, *1957 US, Paducah, Kentucky
Musician of Country and Rock
A.k.a. Chad Thomas Cromwell

Chad Cromwell is a drummer, who was born in Paducah, Kentucky, on June 14th, 1957, and three years later moved with his family to Memphis, Tennessee. In 1990, Chad moved to Nashville, got married and started a family, and created a very successful recording career. Chad started recording and touring with Joe Walsh in 1986, appearing on two albums; Got Any Gum? and Ordinary Average Guy In 1987, Chad got the call to record with prolific songwriter, Neil Young. These sessions became Neil Young & The Bluenotes. Since then he has recorded and toured with Neil on several occasions, and appears on albums such as Freedom (1989), Prairie Wind (2005) Living with War (2006) and Chrome Dreams II (2007). He has also appeared in Heart of Gold, a documentary capturing the debut of Neil Young's album, Prairie Wind (along with other of Young's classics). This was filmed at the Ryman auditorium and directed by Jonathan Demme. He is also known for his contributions to Mark Knopfler's solo albums Golden Heart (1996), Sailing to Philadelphia (2000), The Ragpicker's Dream (2002) and Shangri-La (2004). Chad was also part of Mark's band during the tours of his first solo albums. Chad toured with Crosby, Stills, Nash & Young in the summer of 2006. Chad has also worked with many other artists including Vince Gill, Amy Grant, Diana Krall, Willie Nelson, Jackson Browne, Boz Scaggs, Wynonna, Trisha Yearwood, Miranda Lambert, Bonnie Raitt, Peter Frampton, Rodney Crowell, Marty Stuart.