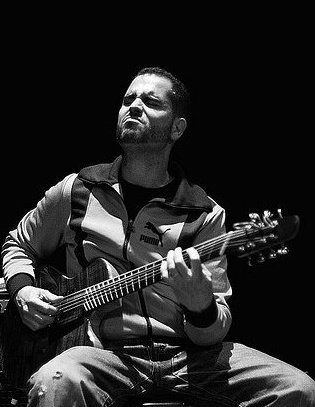 Charlie Hunter (born May 23, 1967) is an American guitarist, composer and bandleader.First coming to prominence in the early 1990s, Hunter has recorded 17 albums. Hunter plays custom-made seven and eight-string guitars, on which he simultaneously plays basslines, rhythm guitar, and solos. Critic Sean Westergaard describes Hunter's guitar technique as "mind-boggling ... he's an agile improviser with an ear for great tone, and always has excellent players alongside him in order to make great music, not to show off."

Soul of a Man on Music!music!music! by Charlie Hunter & Lucy Woodward

No Woman, No Cry on Natty Dread by Charlie Hunter

Creole on Songs From The Analog Playground by Charlie Hunter

Who Put You Behind The Wheel? on Everybody Has a Plan Until They Get Punched in the Mouth by Charlie Hunter