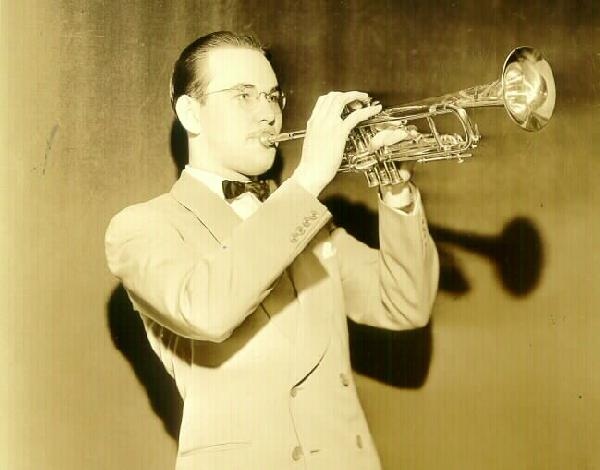 Jazz trumpeter, born in Binghamton, NY on October 31, 1915. In 1936, Chris Griffin joined Benny Goodman And His Orchestra. Together with Harry James and Ziggy Elman, Duke Ellington called them "the greatest trumpet section that ever was." In 1939, he left Goodman's band. Chris Griffin played on CBS radio in New York and the soundtrack for Hollywood movie, The Benny Goodman Story. During the 1950s, Chris was also playing on TV. One of his greatest achievements was creating the trumpet obligato on the theme for the Jackie Gleason Show. He recorded with many popular singers of the day including Ella Fitzgerald, Billie Holiday, Mel Tormé, and Frank Sinatra. Chris Griffin died on June 18, 2005 in Danbury, Connecticut.