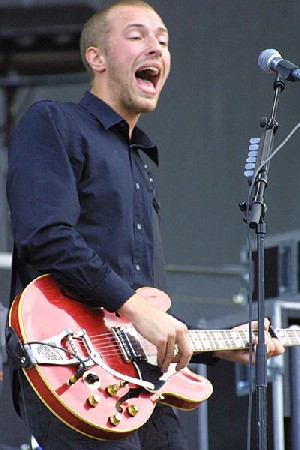 Chris Martin (born 2 March 1977, Whitestone, Exeter, Devon, England) is an English singer, songwriter, record producer, multi-instrumentalist and co-founder of the British rock band Coldplay He also collaborated with Kirk Degiorgio and Dan Keeling as Beetlejuice (2). He was married to American actress Gwyneth Paltrow from 2003 until their divorce in 2016.

I'm a Big Deal on Intoxxicated Riddim by Various Artists

Hotta Than Dem on Lotus Flower Riddim by Various Artists

My Ex-Girl on Pleasure Riddim by Various Artists

I Can See on Intoxxicated Riddim by Various Artists