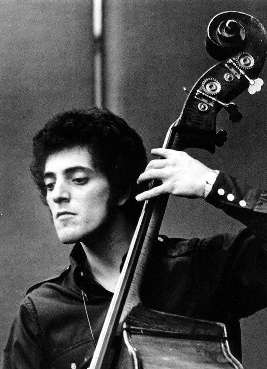 Charles Louis Domanico (January 20, 1944 – October 17, 2002), better known as Chuck Domanico, was an American jazz bassist, playing both acoustic and electric bass on the West Coast jazz scene.Domanico was born in Chicago. He settled in Los Angeles in the mid-1960s, and for nearly forty years was a central jazz figure in Hollywood as well as contributing to a huge number of films and television programs. Singers backed by Domanico included Frank Sinatra, Barbra Streisand, Carmen McRae, Joni Mitchell, Taj Mahal, Diane Schuur, Natalie Cole, and the group Manhattan Transfer. Along the way he participated in instrumental jazz performances by Chet Baker, Shelly Manne, Oliver Nelson, John Klemmer, Roger Kellaway, Barney Kessel, Art Pepper, and many more. His bass could be heard in themes for tel

Nardis on The State of Things by David Garfield and Friends