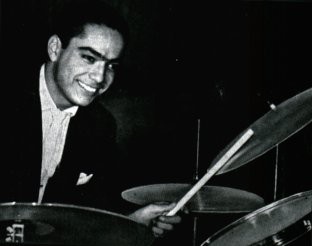 Chuck Flores (born January 5, 1935) is an American jazz drummer. One of the relatively small number of musicians associated with West Coast jazz who are actually from the West Coast, Flores was born Charles Walter Flores in Orange, California, and grew up in Santa Ana. He is best known for the work he did with saxophonist Bud Shank in the 1950s, and for his two-year stint with Woody Herman, from 1954 to 1955, but also performed with such musicians as Carmen McRae, Art Pepper, Maynard Ferguson, Al Cohn, and Shelly Manne, who had been his drum teacher. Manne and others considered Flores an underrated drummer. He is less well known than many other West Coast drummers, perhaps because personal problems caused him to disappear from the jazz scene for many years.