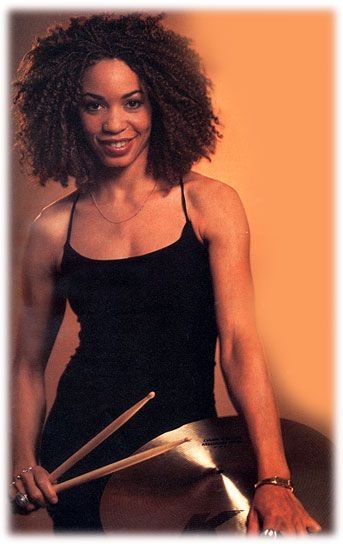 Cindy Blackman (born November 18, 1959), sometimes known as Cindy Blackman-Santana, is an American jazz and rock drummer. Blackman is best known for recording and touring with Lenny Kravitz.[citation needed] Blackman has recorded several jazz albums under her own name, and has performed with Pharoah Sanders, Sonny Simmons, Ron Carter, Sam Rivers, Cassandra Wilson, Angela Bofill, Buckethead, Bill Laswell and Joe Henderson.[citation needed] Tony Williams is her main drumming influence. In 1997 she recorded Multiplicity as a drum teaching video. "To me, jazz is the highest form of music that you can play because of the creative requirements", says Blackman. Blackman is married to rock guitarist Carlos Santana.