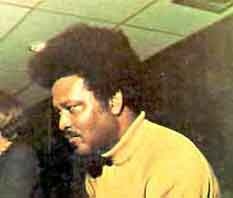 American singer / songwriter and producer. Brother of Lowman Pauling & founding member of The "5" Royales. In the 1950's, Clarence shortened his surname, dropping the "ing", and moved to Detroit where he became involved with Motown. He gained fame as Stevie Wonder's mentor & main producer. Clarence Paul's impressive portfolio also includes writing, vocals, & production work on records by many artists including The Temptations, The Marvelettes, and Marvin Gaye. He was married to Vanita Smythe. Born: March, 19, 1928, Winston-Salem, North Carolina. Died: May, 6, 1995, Los Angeles, California.

About My Baby on Motown Unreleased 1965 by Various Artists

You Stay On My Mind on A Cellarful Of Motown! by Various Artists