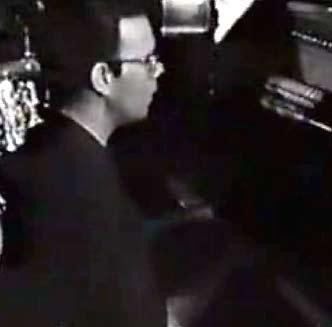 Australian jazz pianist. Born: 1931 in Sydney, New South Wales, Australia. Died: 17 August 1991. Bates was of English and Australian parentage, studying for two years with pianist Roy Maling (who was in correspondence with Bates' first like Lennie Tristano), favourite pianists of his c.1950 were Lenny Tristano (and his Lee Konitz & Wayne Marsh membered band, the Lennie Tristano Sextet), followed by Bill Evans, with a strong appreciation for Oscar Peterson, and the Miles Davis Nonet (again with Konitz, Gerry Mulligan, J.J. Johnson, et al.). He soon left Australia in 1954 to come to London, UK on a long holiday with his father, where he stayed-on following his father's return after six months. In 1956 he started the first jazz sessions at The Troubadour (a London venue), then in 1958 he joined clarinettist Wally Fawkes with his Troglodytes, a mainstream trad band, staying for a year. In 1958 he began work with The Bruce Turner Jump Band, developing an appreciation of swing music in general, particularly the music of Duke Ellington and Lester Young. In 1963, the Turner band broke-up, and Bates found work at Flanagan's Remarkable Dining Rooms (later located at High Street, Kensington) as purveyor of 'Music Hall Edwardiana' and 'Fin de Siecle' tear jerkers. After this, he formed his own Collin Bates Trio, with Alan James and Bart Monaghan, they began playing Sunday afternoons at the Troubadour, hoping to find further outlets for the group.