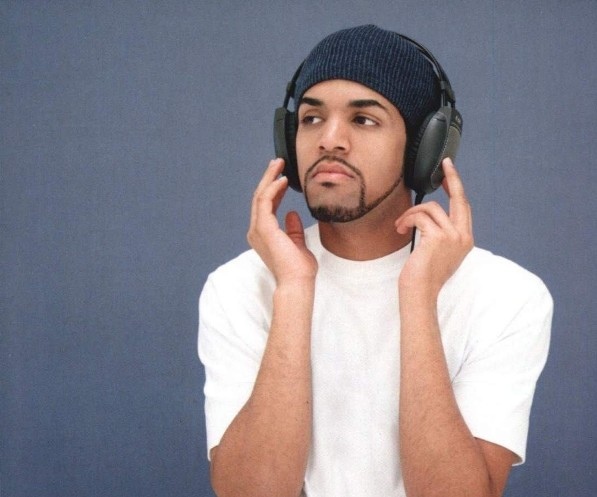 Born: May 5, 1981, Southampton, Hampshire, England Soulful vocalist whose early releases were a defining factor in the UK garage sound. More recently he has been moving towards a standard RNB style. David was born in Holyrood, Southampton, Hampshire, the son of Tina (née Loftus), a retail assistant at Superdrug, and George David, a carpenter. David's father is a Grenadian and David's mother is an English Jew related to the founders of the Accurist watch-making company; David's maternal grandfather was an Orthodox Jew and his maternal grandmother a convert to Judaism. David's parents separated when he was eight and he was raised by his mother. He attended Bellemoor School. David's father played bass in a reggae band called Ebony Rockers. As a teen, David began accompanying his father to local dance clubs, where DJs let him take the microphone. David's earliest exposure came when he worked on a b-side to British group Damage's cover of "Wonderful Tonight". He then started doing vocals for a few tracks with garage act Artful Dodger. The song "Re-Rewind", from the Artful Dodger album It's All About the Stragglers, hit Number 2 on the UK charts in 1999; thus, paving the way for a solo career. David's first single, "Fill Me In", released on Colin Lester's and Ian McAndrew's Wildstar Records made him the youngest solo male artist ever to reach Number 1 in the United Kingdom (he was 18 years old at the time). This was the first of a string of four Top 10 singles from his debut album Born To Do It, which eventually sold more than seven million units worldwide, earning multi-platinum status in more than 20 countries. The song "Key To My Heart", taken from the US version of the album, was also featured on the award-winning Warner Brothers animated film Osmosis Jones.

7 Days on Born to Do It by Craig David

Walking Away on Born to Do It by Craig David

DNA on 22 by Craig David

Fill Me In on Born to Do It by Craig David

Rise & Fall (feat. Sting) on Slicker than Your Average by Craig David

Insomnia on Rewind - The Collection by Craig David

I Know You (feat. Bastille) - Vigiland Remix on I Know You by Craig David

Don't Love You No More (I'm Sorry) on The Story Goes... by Craig David

Really Love (feat. Craig David & Digital Farm Animals) on All Over The Place by KSI