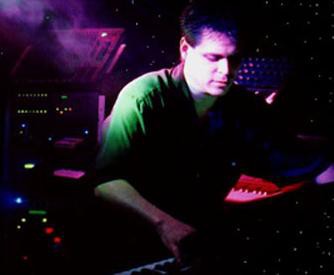 Craig Padilla is an American ambient musician and film score composer, actor, and video producer from Redding, California.Since the mid-90's he has released more than a dozen albums with music primarily inspired by the Berlin School of electronic music and space music on the labels Space For Music, Spotted Peccary Music, Lotuspike, Fruits de Mer Records, and Groove Unlimited, and contributed to numerous compilations, including a tribute album to Michael Garrison.

Woven Planet on Below the Mountain by Craig Padilla

Endless Road on Below the Mountain by Craig Padilla

Perspective of Disappearance on Beyond the Portal by Craig Padilla, Zero Ohms & Skip Murphy

Wandering Thought on Below the Mountain by Craig Padilla

Beyond Beta on Fahrenheit Project, Pt. 1 by Various Artists

One Moment Beyond on Beyond the Portal by Craig Padilla, Zero Ohms & Skip Murphy