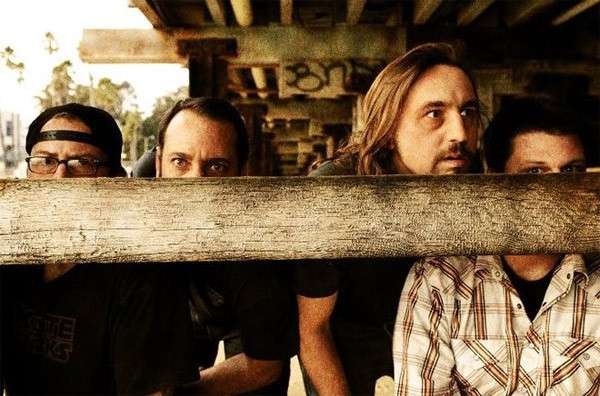 Punkrock band formed 1995 in Santa Cruz, California out of remnants from the bands Liquid Amber and General Handywork by Andy Snyder, Heath Konkel and Scott Hrapoff who all went to San Lorenzo Valley High School, later joined by Ted Bond and Adam Nigh. The name "Craig's Brother" was bassist Scott's calling name in school, where his older brother, Craig Hrapoff, was a popular jock. It was picked at whim for the sake of printing on flyers and stuck. Being christians, albeit not in their agenda, they were signed to christian label Tooth & Nail, but never managed to see eye to eye with the label's staff, philosophies and business models, repeatedly clashing over expenditures and offenses taken by the Family bookstore outlets over the band's lyrics and perceived image. In 1999, after achieving modest success with their major label debut "Homecoming" the year before, guitarists Andy & Adam both left the band and were replaced by Ryan Key and Dan McLintock. After touring for a while, Ryan went back home to Jacksonville and joined Yellowcard whereas Dan would stick around long enough to write and record their sophomore album "Lost at Sea" in 2000 before also returning to Jacksonville to rejoin his old band Inspection 12. Drummer and founder Heath left to get married, and HeyMike!'s Steven Neufield and Juice Cabrera also had brief stints in the group, making for future collaborations between these bands. Later in 2000, a photo on the band's website of then-drummer Juice flipping the camera off once again upset the Family outlet, and Craig's Brother was finally dropped from Tooth & Nail, their already finished new album remaining unreleased for over a year until it was finally printed and distributed scarcely in 2001. Without any promotion, sales were expectedly slow, and Craig's Brother soon disbanded as members kept dropping off to pursue other goals. Around christmas 2003, they announced they were reuniting, with the basic lineup that had stuck with the band for the longest time; Ted Bond, Scott Hrapoff and Heath Konkel. An EP was released through former Yellowcard-member Benjamin Harper's label Takeover Rock. At this point, the bandmember were all busy with their family lives and jobs, in and around the Santa Cruz area. As lead singer and songwriter Ted himself took up the role of rythm guitarist, they took their time and tried out a couple of candidates for the lead guitarist role until Glade Wilson joined the band in 2007. Work began on their third album, this time without the help of a record label but instead financing the entire project themselves through sales and their own funds, in collaboration with former guitarist and songwriter Andy Snyder. The album "The Insidious Lie" was finished and streamed for free on christmas day 2010, then released digitally in it's entirity in early 2011.

Insult To Injury on Homecoming by Craig's Brother

Distance on Distance by Craig's Brother

Who Am I? on Homecoming by Craig's Brother

The Sacrifice on Easily Won, Rarely Deserved by Craig's Brother

Out of Your Hole on Easily Won, Rarely Deserved by Craig's Brother