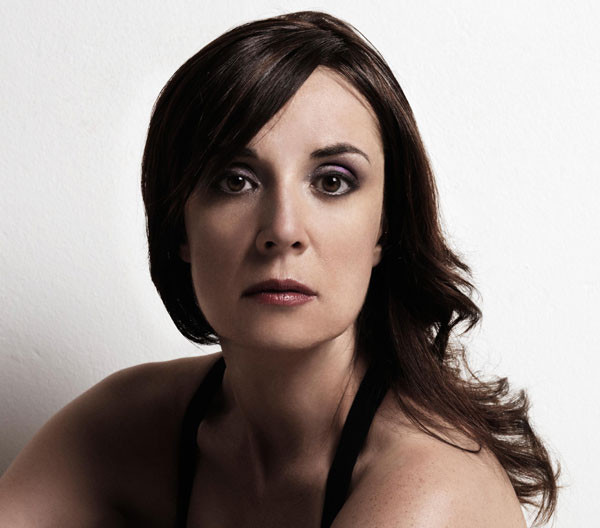 Italian singer and songwriter.(Rho, September 23, 1967). She developed a passion for music since she was a teenager, her favorites singers being, among others,Bruce Springsteen, Sinéad O'Connor, Joni Mitchell, Michelle Shocked, Tom Waits, Lucio Battisti, and Beatles. She studied at Accademia di Belle Arti di Brera in Milano, where, during a student protest in 1990, she met Manuel Agnelli, leader of the Italian indie rock band Afterhours. Later she started her own singer career opening Afterhours’ concerts in their During Christine’s Sleep tour. Besides the live performances in clubs in Milano and surroundings, Donà, encouraged by Manuel Agnelli himself, begins working to her own songs, and releases her first album, Tregua, in 1997. The album is an immediate success. Robert Wyatt listens to it and includes it among his favorites of the year on Mojo. The music critic Charlie Gillett broadcasts some songs on BBC radio. In the meanwhile Donà performs live in an Italian tour, and opens concerts for Ben Harper and David Byrne. In 1999 she duets with the songwriter Eric Wood in his album Illustrated night, and starts working to the second album,Nido. Robert Wyatt gives his contribution to this album with the arrangements in the song Goccia and with the participation to a videoclip, shot on the East Coast of England, and released in the Goccia EP. In 2001 Donà is invited (first and only Italian artist so far) to the Meltdown Festival, where she performs the same night as Anja Garbarek and Mark Eitzel. Davey Ray Moor, attending the concert that night, is very much impressed by Donà’s performance, and this is the starting point of a long-lasting collaboration between the two artists. While working with him to the third album, in January 2002 Donà is invited to participate to the Eurosonic Festival in Groningen (The Netherlands). The third album, Dove sei tu, is released in 2003, and Davey Ray Moor performs as a special guest in some concerts during the promotional tour. Donà records a cover of Kate Bush’s Wuthering Heights, which is included in the single Invisibile. She also works, together with Davey Ray Moor, to the translation of the lyrics of Dove Sei Tu, in view of the first English work. The self-titled album is released in 2004 and distributed in 33 countries by Rykodisc International. The English press welcomes the album with very good reviews. Mojo gives it four stars, Down Beat compares Donà to artists such as Marianne Faithfull and Ute Lemper, Sunday Times includes a song in the monthly CD attached to the cultural magazine. At the end of 2004 she starts an extensive tour all around Europe, performing in Germany, France, UK, Belgium, The Netherlands, Sweden, and with a special performance at the Polar Spectacle Festival in Norway. The American musician Ken Stringfellow plays with her in most of the European concerts. In 2005 she plays in Italy with Annie Whitehead’s Soupsongs, and is in UK for an acoustic tour, during which she’s invited to Robert Elms’ BBC London Live. In 2006 she signed to the major label EMI that is re-distributing all her catalogue.

Goccia on Nido by Cristina Donà

Sign Your Name on Piccola Faccia by Cristina Donà