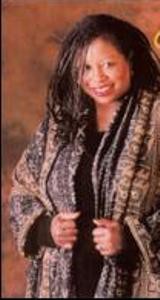 Singer - songwriter Born near North Carolina Territory. Based near Philadelphia Territory. Started from the gospel group, The Overbrook Singers. Mid 70's, Bruce Hawes and partners Joseph B. Jefferson and Charlie Simmons auditioned the Overbrook Singers as a gospel group for Philadelphia International Records. The group sang several songs co-written by Cynthia, which landed her an exclusive songwriter's contract. She teamed mainly with Dexter Wansel and occasionally with Ted Wortham, and wrote songs for the roster of the label - for artists like Patti LaBelle, The Stylistics, The Jones Girls, Lou Rawls, MFSB, Teddy Pendergrass, Billy Paul, The Jacksons, Jerry Butler, Dexter Wansel, The O'Jays and City Limits. She did backing vocals as well