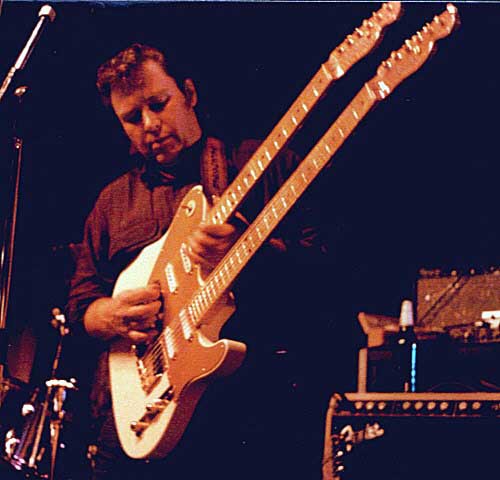 Danny Gatton (September 4, 1945 – October 4, 1994) was an American guitarist who fused rockabilly, jazz, and country to create his own distinctive style. When Rolling Stone magazine selected the 100 Greatest Guitarists of all Time in 2003, senior editor David Fricke ranked Gatton 63rd on his ballot. On May 26, 2010, Gibson.com ranked Gatton as the 27th best guitarist of all time.

So Good on Cruisin' Deuces by Danny Gatton

Beat of the Night on Cruisin' Deuces by Danny Gatton