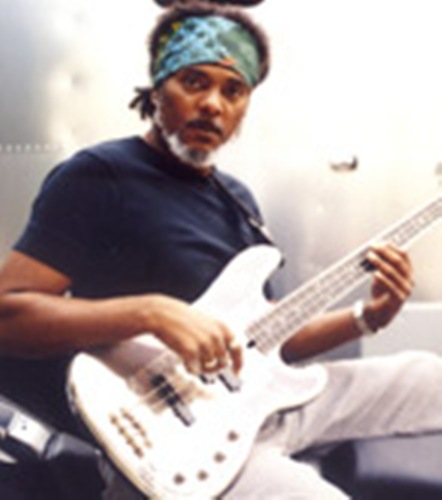 Daryl Johnson (born in Louisiana) is an African American bassist, vocalist, songwriter, composer and producer. At the beginning of his career, he was mostly on funk albums, later moving to more rock, blues and folk music. Johnson worked as a session musician but also in other roles for many notable artists. Johnson is well-known for playing with The Neville Brothers, The Rolling Stones, Bob Dylan, Emmylou Harris and his many collaborations with U2 producer Daniel Lanois. Besides his many credits as a performer, Johnson has a variety of writing and arrangement credits; he has worked as a songwriter on seven albums of Neville Brothers, as well as on albums of Emmylou Harris, Black Dub, Daniel Lanois, Ian Moore, and others.