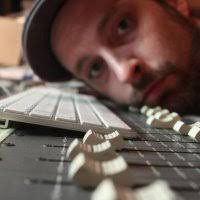 perc, dr, US
Singer / Producer of Rock
A.k.a. David Westner

Creative sound recording engineer, music producer, mixer and a singer songwriter, Boston, Massachusetts. He has recorded, produced, mixed and performed with an astonishing number of very talented musicians all over New England, New York and beyond. He has worked in many studios around town but since 1998 he calls Wooly Mammoth (formally in the Boston’s Fenway, but now located in Waltham) his recording home. He plays all things percussion, drums was his first love, bass the second, he has done a few tours in America, Germany & Austria playing both. He plays also guitar, piano and keyboard and have played on a slew of albums he has recorded in the studio (plus the odd basement & barn). He's also a singer songwriter & produces his own music.