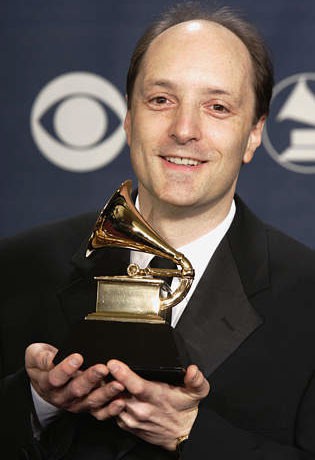 David Frost is a record producer and pianist. He has won 14 Grammy Awards for his work, most recently in January 2014 for Producer of the Year, Classical, Best Engineered Album, Classical for Maria Schneider's "Winter Morning Walks" and for Best Classical Vocal Performance for Dawn Upshaw in "Winter Morning Walks". In 2012 his production of Steven Mackey's "Lonely Motel" with eighth blackbird and Rinde Eckert won a Grammy Award for Best Small Ensemble Performance. In 2011 he won four awards including Producer of the Year, Classical. He had won this category in 2005 and 2009 as well. In 2009 he also won a Grammy Award for Best Engineered Album, Classical, for "Traditions and Transformations: Sounds of Silk Road Chicago", with Yo-Yo Ma, the Silk Road Ensemble and the Chicago Symphony. He has

Crystals on Crystals by David Frost