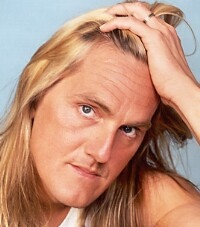 David Eldon Lasley (born August 20, 1947) is an American singer and songwriter, best known for his contributions as a background singer for such artists as Bonnie Raitt, James Taylor, Luther Vandross, Aretha Franklin, Dionne Warwick and Dusty Springfield.Lasley started his music career in his teens, forming a singing group with his sister and achieving some success in the Detroit area. In 1970 he joined the cast of Hair, performing first in Detroit and then on tour. This led to a move to New York City, and performances on and off-Broadway.

Merr-Gond-Round on Philly Groove Records Presents: Deeper In The Groove by Various Artists

I Just Wanna Know U on Soulful Splendor Vol. 1 by Various Artists

One Fine Day on Philly Groove Records Presents: Deeper In The Groove by Various Artists