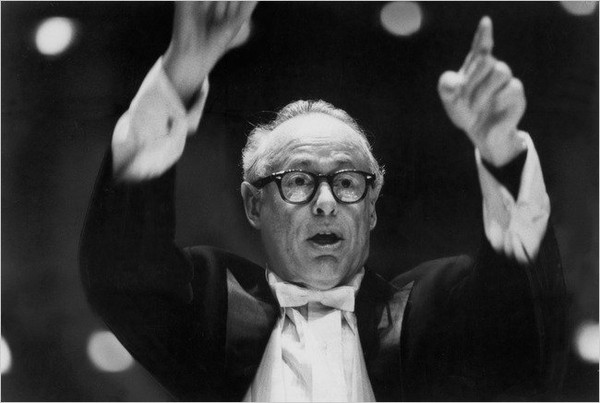 org, US
Conductor of Classical

Famous American conductor. December 21, 1914 - New York City, New York - May 12, 2010 - Manhattan, New York City, New York David Randolph was the conductor of the original The Masterwork Chorus & Orchestra from its founding in 1955 until his resignation on January 1, 1993. David Randolph taught conducting at the Dalcroze School (1947-1950), was professor of music at the State University of New York College at New Paltz (1970-1972), at Fordham University (1972-1973), and at Montclair State College (from 1973). Also wrote many "Liner Notes" for a variety of classical releases in the USA.

Be Good - Accapella on Using Accapellas by Various Artists

Be Good - Tali Freaks Remix on Be Good by David Randolph

He Shall Feed his Flocks Like a Shepherd on Handel's Messiah by George Frideric Handel, David Randolph, The Masterworks Chorus & James Welch

Vivace Assai on Contrasts In Contemporary Music by David Randolph

Ballade: Mesto on Contrasts In Contemporary Music by David Randolph