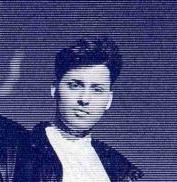 Australian songwriter, guitarist and vocalist for Australian synthpop band Boxcar and along with Noel Burgess makes up the duo that is, Gridlock. David Smith formed Boxcar in Brisbane, Queensland, Australia, in 1986. The band continuously performed live but in a rock-dominated Australia, success was hard to come by. The group recorded some cassettes before signing with Volition in 1988. Voliton released Boxcar's first single, "Freemason," later that year and soon became a smash hit in the clubs. The track landed at number eight on the Billboard dance charts. In 1990, Boxcar recorded their debut album, Vertigo which produced another hit on the Billboard dance charts with "Gas Stop (Who Do You Think You Are?)", peaking at number 13. In addition to working on songs of their own, Boxcar remixed singles for Single Gun Theory, the Models, and Severed Heads in the early '90s. Boxcar released their second full-length, Algorhythm, in 1994. The band signed with England's Pulse8 Records in 1996. Boxcar reformed for gigs in Brisbane, Australia in 2007 and again in 2014; the latter as part of the band's inclusion in the BNE project; a book and music archive of underground electronic music production in Brisbane 1979-2014.

Home a Hero on The Swan Princess: A Royal Wedding by Various Artists

Morningtown Ride on The Owl and the Pussycat by David Smith

Clarinet Quintet in A Major, K. 581: I. Allegro on Morning Ritual - Classical Music by Various Artists

Man up! on The Swan Princess: A Royal MyZtery by Various Artists