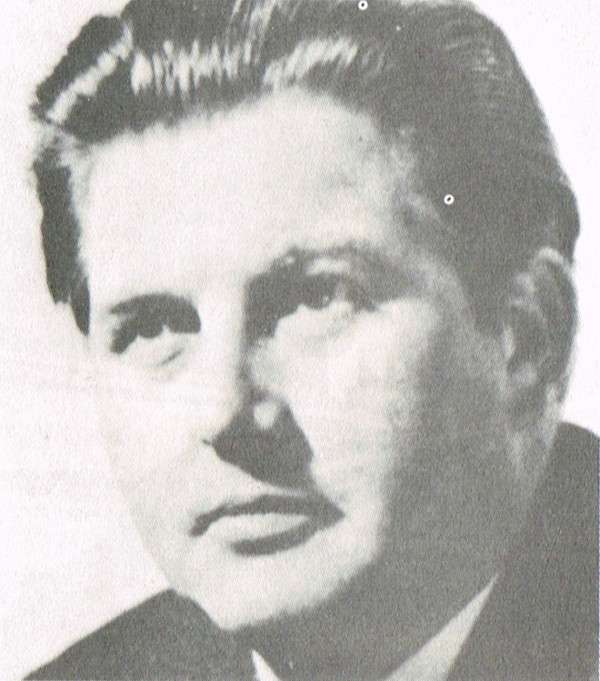 From Wikipedia: Delme Bryn-Jones (born Delme Jones; 29 March 1934 – 25 May 2001) was a Welsh baritone. Bryn-Jones was born Delme Jones in Brynamman, South Wales in 1934. He was schooled at Brynamman Primary School and later at Ammanford Technical College. Originally a coal miner he abandoned his work and the prospect of a potential rugby career, where he was an under-21 international, to study music. He studied under Redvers Llewellyn and then at the Guildhall School of Music and Drama from where he went on to the Vienna Music Academy. As a professional singer he took the extra syllable of his stage name, "Bryn-Jones" from his birthplace. He made his professional stage debut in 1959 at Sadler's Wells Theatre. He ranked with the world's most highly regarded operatic soloists. Delme Bryn-Jones' journey to the great opera houses of the world was not a conventional one, for it coincided with the golden age of Welsh opera. His predecessor as premier British baritone was the world renowned Geraint Evans and his successor is the no less illustrious Bryn Terfel (full name Bryn Terfel Jones). If Delme Bryn-Jones is less well known than them today, it is perhaps because he was less adept at managing his career, for musically he was outstanding, as was his generation of Welsh opera singers, which included Stuart Burrows, Gwyneth Jones, Margaret Price, Elizabeth Vaughan, Robert Tear, Dennis O'Neill and Gwynne Howell. His débuts with the major opera companies were as follows: Début with New Opera Company in 1959 (Maconchy's The Sofa). He sang Macbeth opposite Gwyneth Jones for the Welsh National Opera in 1963 while also making his Glyndebourne début as Nick in The Rake's Progress. He also made his Covent Garden début in 1963 who engaged him again in 1965 to sing Paolo opposite Tito Gobbi's Boccanegra and a year later he sang Marcello in Puccini's La Bohème. His American début was in 1967 at the San Francisco Opera as Lescaut in Manon and Donner in Das Rheingold. The Vienna State Opera heard him first in 1969 as Renato in Verdi's Un Ballo in Maschera. Bryn-Jones won acclaim at most of the world's major operatic venues, although he was sometimes considered too cheerful-looking to play the villainous parts often given to baritones. Others, however, saw the insidious evil of an apparently honest face, hell bent on destruction: His Iago was once compared to the demeanor of John Reginald Christie. A promising career was hampered at times by personal problems. His Memorial Service was testimony to the many lives he had touched through his very private approach to recovering from alcoholism. In his final years, he became President of the Rushmoor Oddfellows Male Voice Choir from Aldershot, Hampshire, and in 2000 enjoyed great critical acclaim for a series of masterclasses and radio recitals in Canada. Delme Jones' television and radio appearances run into many hundreds and include several TV series of his own, such as Y Gelli Aur (The Golden Grove; BBC Wales) and Delme (S4C). He also acted, appearing as Captain Cat in Under Milk Wood, and as Blind Dick Llewellyn in the BBC production of Jack Jones's Off to Philadelphia in the Morning. His many roles included, among others: Beethoven – Fidelio (Don Pizarro) Berlioz – La Damnation de Faust (Mephistopheles) Bizet – Les Pecheurs de Perles (Zurga) Britten – A Midsummer Night's Dream (Demetrios) Cilea – Adriana Lecouvrer (Michonnet) Donizetti – Don Pasquale (Malatesta) Giordano – Andrea Chenier (Gerard) Gluck – Alceste (Hercule) Mascagni – Cavalleria Rusticana (Alfio) Mozart – Cosi Fan Tutte (Guglielmo) Mozart – Le Nozze di Figaro (Almaviva) Mozart – Zauberfloete (Papageno, speaker) Puccini – Butterfly (Sharpless) Puccini – Il Tabarro (Michele) Verdi – Aida (Amonasro) Verdi – Falstaff (Ford) Verdi – Otello (Iago) Verdi – Rigoletto (title role) Verdi – La Traviata (G.Germont) Weber – Abu Hassan (Omar)