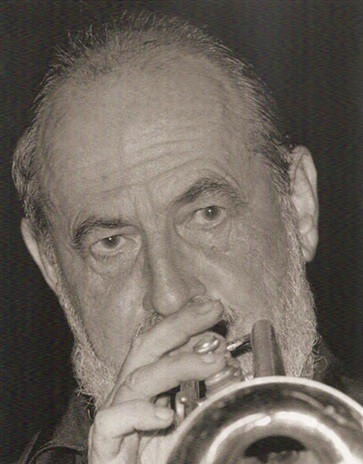 Dick Cary (July 10, 1916 in Hartford, Connecticut – April 6, 1994 in Sunland, California) was an American jazz pianist, trumpet and alto horn player, and prolific arranger and composer.Cary first played with Joe Marsala in 1942, then played solo at Nick's in Greenwich Village in New York City in 1942-43. He also worked briefly with the Casa Loma Orchestra and Brad Gowans. During a stint in the Army in 1944-46, he managed to continue recording, with Muggsy Spanier and Wild Bill Davison among others. After his discharge he worked with Billy Butterfield, then joined Louis Armstrong's All-Stars in 1947-48. In 1949-50 he was in Jimmy Dorsey's orchestra, and in the 1950s worked with Eddie Condon, Pee Wee Russell, Max Kaminsky, Bud Freeman, Jimmy McPartland, and Bobby Hackett.

Through a Veil of Indifference (Live) on Eddie Condon - The Town Hall Concerts Twenty-Five, Twenty-Six, And Twenty-Seven by Various Artists

Caravan on Got Swing? by Dick Cary

Sweet And Lovely on Got Swing? by Dick Cary

Halrem Speaks on Got Swing? by Dick Cary

My Inspiration on Got Swing? by Dick Cary

Echoes Of Harlem on Got Swing? by Dick Cary