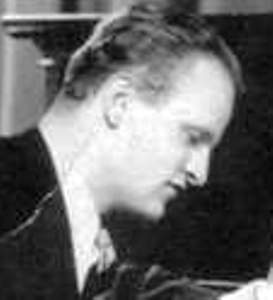 Richard Bernhard Smith "Dick Smith" (September 29, 1901 – September 28, 1935) wrote the lyrics to the popular song Winter Wonderland, which was composed by Felix Bernard.Smith was born on September 29, 1901, in Honesdale, Pennsylvania, the son of Eliza (Brunig) and John H. Smith, a partner with a glass manufacturing plant. His family was Episcopalian. He graduated Honesdale School in 1920, and attended Pennsylvania State College. Smith married Jean Connor, of Scranton, on March 30, 1930. He was diagnosed with tuberculosis in 1931. He succumbed to the disease on September 28, 1935, in Lenox Hill Hospital, New York.

Winter Wonderland on Best of Christmas - Hammond by Various Artists

Winter Sonderland on Best of Christmas - Accordion by Various Artists

Winter Wonderland on Best of Christmas - Panpipe by Various Artists

Show me a door on Woozy by Dick Smith

Heart Up On Blocks on Swill by Dick Smith