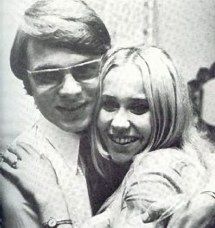 German composer, arranger and producer, born 01 December 1943 in Buckow, Germany, died 02 October 1978 in Munich. In 1968 he founded Cliff Carpenter And His Orchester for the label Metronome. In 1972 they moved to Ariola, He led the orchestra until his death, followed by Alexander Gordan.. He produced artists like Agnetha Fältskog, Ingrid Peters, Costa Cordalis, Rex Gildo, Juliane Werding, Ricky Shayne, etc. and composed Katja Ebstein’s contribution to the Eurovision Song Contest (“Diese Welt”).

Whole Lotta Love on The In-Kraut Vol. 3 Hip Shaking Grooves Made in Germany 1967-1974 by Various Artists